NextGIS Mobile allows to record and display tracks. Recorded track points are saved to the internal database. Track points recorded within one session are combined and displayed on the map as a line.

Make sure that Location mode is switched on in your Android device settings. Also check the configurations of “My Tracks” and “Location” settings in NextGIS Mobile Settings as shown in Pic. 9.11..

Tracks can be recorded in two ways.

Track recording is performed in background mode. To indicate that the process is running a status icon of the walking man is displayed in Android Notification bar. For more information click on it and it will show the track status as shown in Pic. 9.63. below. 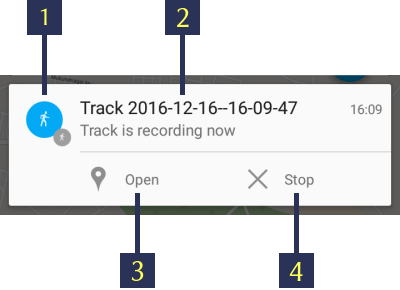 During track recording you can see the geometry of the track on Map screen as shown below in Pic. 9.64. 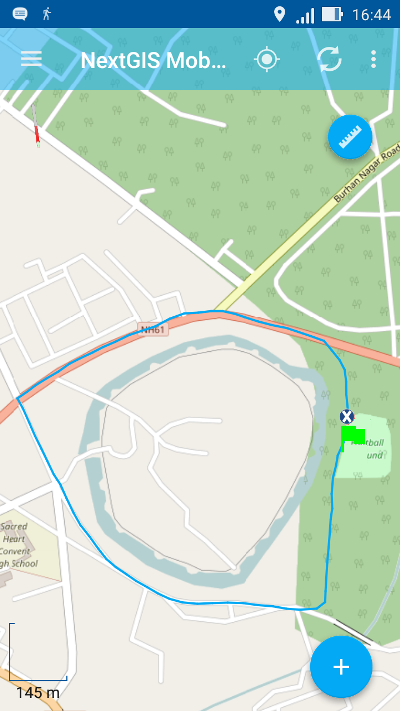 Recorded track is displayed on the map immediately even though recording is not completed. The status icon (walking man) is still visible in the notification bar. The green flag shows the starting point of the track whereas the location marker shows the current device location.

Track points are grouped by days and sessions within a day. If track recording continues the next day track will be split up into two parts. 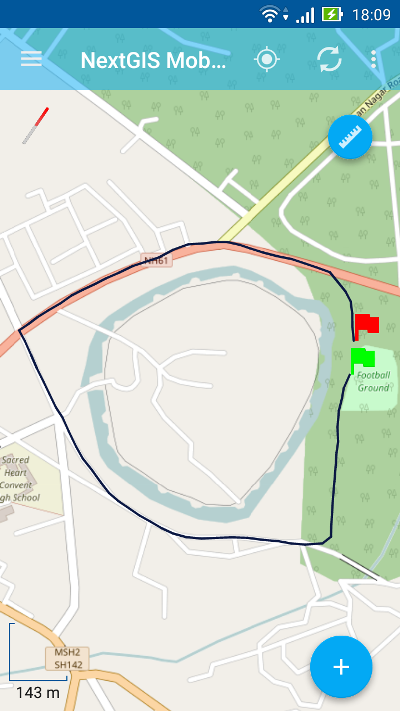 You can also add a feature to an existing line or polygon vector layer by tracking. 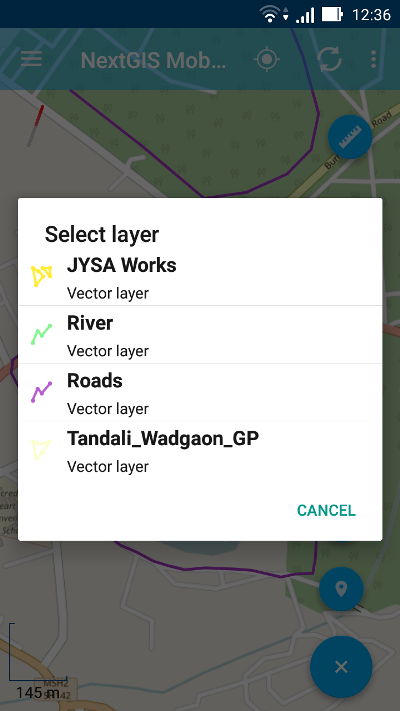 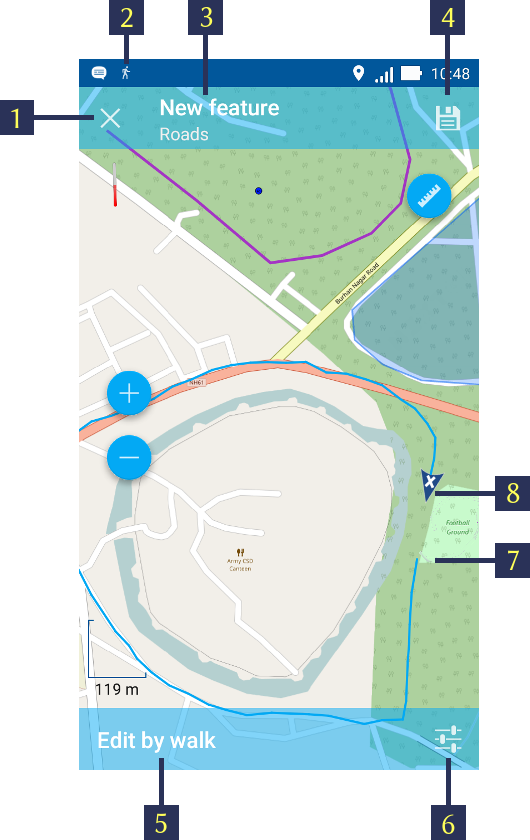 If you’re not satisfied with the accuracy of the appended geometry, you can access NextGIS Mobile Location settings (see Pic. 9.11.) directly from “Edit by walk” screen (see item 6 in above Pic. 9.67.). 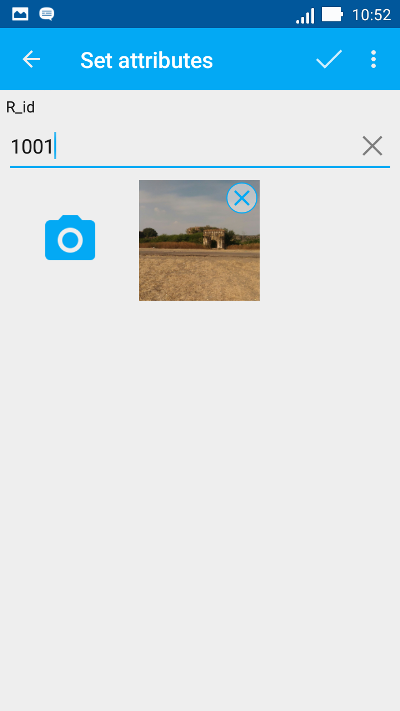 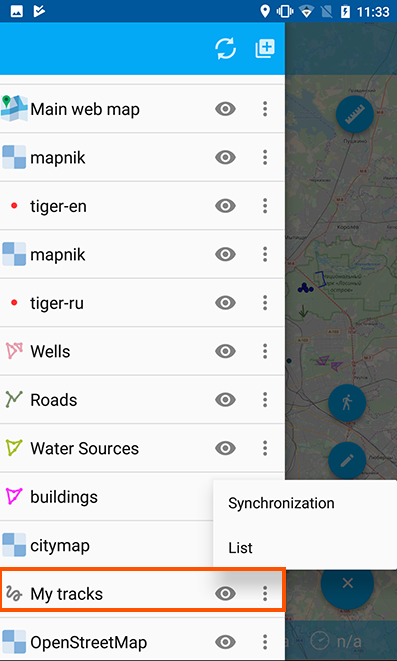 This will open a list of recorded tracks as shown in Pic. 9.70. below. Tracks’ points will be grouped by days and sessions within the day. 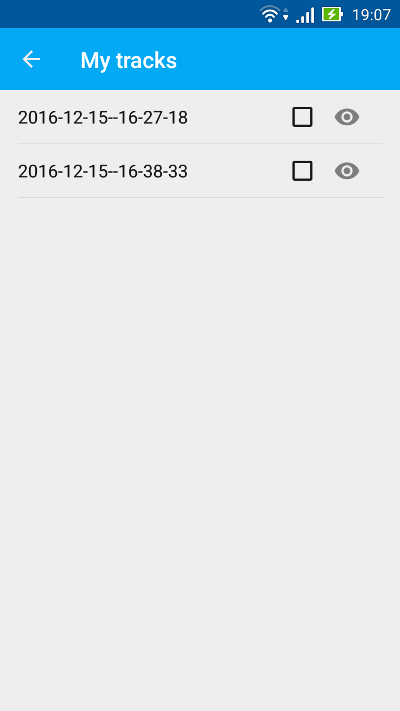 Select a track by ticking the corresponding checkbox, and buttons in Top toolbar will become active as shown in Pic. 9.71. below.

You can change the colour of the track tapping the “Colour palette” button (item 3 in Pic. 9.71.). 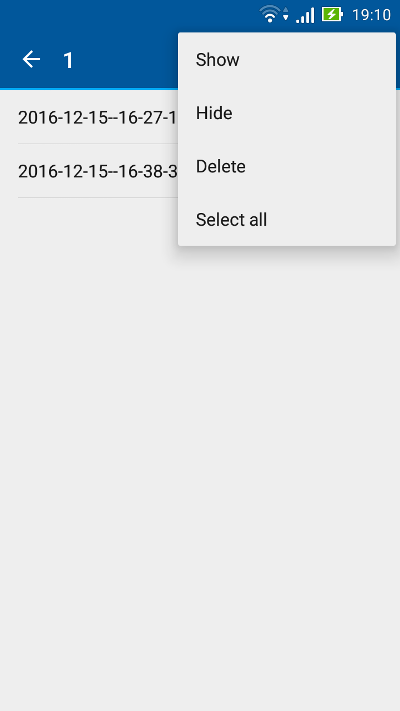